“Even though celebrations are still difficult due to the current situation, we can’t miss the opportunity to express our heartfelt thanks to our employees celebrating their service anniversaries. We are especially proud that we have three employees celebrating 50 years of service to the company,” noted Christoph Küster, CFO of the KLINGELNBERG Group. “Without our exceptional team, we would not be what we are today – a leading manufacturer in gear technology.” The honorees with 50 years of service include Christian Neuber (Warehouse Manager), Werner Hager (Production), and Christel Thiel (Order Center).

Christian Neuber with a long family tradition at Klingelnberg

Christian Neuber is a veritable institution at the company, having begun his training as a machinist in 1971. For a long time, he worked as a machinist in single-part production before becoming a foreman in the lapping and testing machines in the early 1990s. Today he heads the Warehouse department. “After 50 years of working here, the company has become like a home to me. I have always greatly appreciated the family atmosphere I enjoy with my colleagues. Work colleagues have become friends. Even with a workforce of 750 employees, I know everyone, from the owner to the crane operator,” said Christian Neuber in describing his time at Klingelnberg. “In these 50 years, things have never gotten boring. Due to the variety of tasks I have been involved with over the many years, I have hardly noticed how quickly the time has gone by. And during this time, entire warehouses have been renovated and built from the ground up.”

Christian Neuber has a family story of his own at Klingelnberg. His father before him was employed as a pattern maker at Klingelnberg, his brother was an electrician at the company, and his mother worked in the factory canteen. “Because I grew up in a company-owned housing settlement, rather than having a specific type of training in mind, I really just wanted to know what it was that Klingelnberg was looking for,” continued Neuber. And now the next generation is working for Klingelnberg: his son and daughter-in-law are also employed by the machine manufacturing firm. “They might also end up staying here for 50 years – for me, that’s the type of family-oriented company that Klingelnberg is,” said Neuber.

Werner Hager and his wife Karin Hager have been with the company for a grand total of 90 years combined. Karin Hager has been employed at Klingelnberg since 1981 and today works as a commercial clerk in the Standards department. “For us, working together in the same company had many advantages,” says Karin Hager. “We were able to drive to work together, so we only needed one car. Vacation days were also easier to plan. Over the many years, we always felt at home at Klingelnberg. When I first started working in the Central Warehouse, I was reserving material from stock using index cards that were located in a special paternoster filing system. So I was there during the beginnings of digitization, but I quickly became accustomed to working with computers.”

Her husband Werner Hager began his career at Klingelnberg 10 years earlier. After training as a toolmaker, he worked as a boring mill operator and trained as a technician in the 1980s. Since 1988, Werner Hager has been working in NC programming. “In my 50 years with the company, things have continually evolved,” Werner Hager remarked. “During my training period in the early 1970s, there were almost exclusively conventional machines. In 1978, I had the opportunity to work on the first CNC-controlled boring mill. At that time, data transfer was still done by means of a mechanical punch tape reader, and tools had to be inserted by hand.

Today, by contrast, we use only automatic tool changers in mechanical engineering, resulting in less downtime. My work in NC programming has also changed continuously. In the beginning, the programs were written on a small CRT monitor with only one image window and a keyboard without a PC mouse, and only 2D drawings were available. Various sequences were still sketched by hand. Today, with the introduction of special software, programs are created with graphically interactive programming. In addition, 3D solid models give us the necessary data for workpiece and tool geometry. They also serve as optical aids for identifying the often complicated geometry.”

Christel Thiel looks back on a varied career at Klingelnberg

Christel Thiel began her training as an office clerk in 1971 and, during her many years of service with the company, she has worked in the Purchasing, Sales and Production departments. She has been working as a commercial clerk in the Order Center since 2002. “After my training, I was very happy that I found a position in such a great company. By working in the different departments, I always had a lot of variety in my professional life. I particularly appreciate the fact that Klingelnberg has always been a reliable employer – even in difficult times. Whenever I speak of Klingelnberg, I always refer to it as “our place.” Christel Thiel is now entering her well-deserved retirement and looks back with positive feelings. “My time at Klingelnberg was well spent.”

After almost all in-person trade shows were canceled in 2020 due to Corona, Klingelnberg was once again able to exhibit its product portfolio at a number of international trade shows in the 2021/22 financial year. The countries in which Klingelnberg had a trade show presence included China, Italy, and the U.S.

For example, Klingelnberg exhibited the Höfler Cylindrical Gear Roll Testing Machine R 300 – a new machine development in the field of cylindrical gear technology – for the first time at EMO Milano from 04 to 09 October 2021. With this flexible testing machine, the wide range of requirements for quality control of gears can be met. Depending on the configuration, the R 300 provides the option of using all five roll testing methods. These include the single flank test, the structure-borne noise test and angular acceleration test, the double-flank test, and the helix roll test. Thus the R 300 can be used at every point in the production process chain for cylindrical gears – from monitoring the soft cutting to checking the hardening distortions, to evaluating the noise behavior of the installation-ready toothed gear.

Last but not least, Klingelnberg offered a series of exclusive digital events to its customers again in 2021. Under the name DIMECON, which stands for Digital Measuring Conference, Klingelnberg hosted a series of talks on relevant issues in quality assurance and measuring technology starting on 17 November 2021. In addition to theory, there were also live demonstrations directly on the machine in the factory. Klingelnberg set up a small television studio especially for the event, so that customers could experience the demonstrations live on the machine. 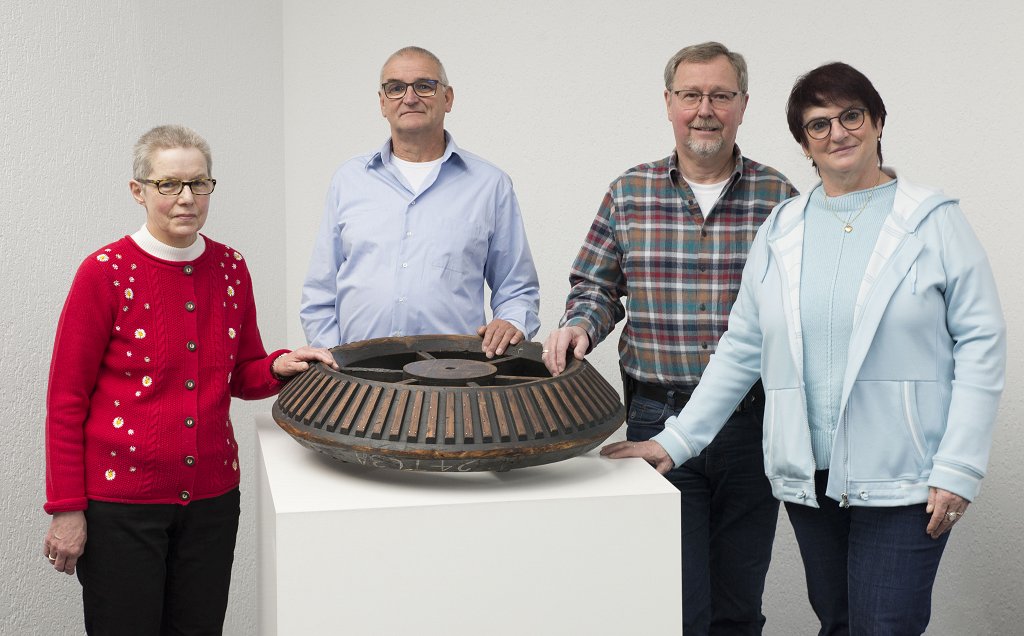